Where are you now Index > News>Science Technology News

According to the investment analysis and prospect forecast report of China's valve industry from 2016 to 2020 released by CIC consultant, with the continuous improvement of electric valve technology and the continuous expansion of the application field of electric valves, the corresponding valve standards are becoming more and more indispensable. The products of the valve industry have entered a period of innovation. Not only the product categories need to be updated and replaced, but also the internal management of the enterprise needs to deepen the reform according to the industry standards.

With the continuous acceleration of the reorganization of the electric valve industry, the competition between the valve industry in the future will be the competition between the quality and safety of electric valve products and product brands, and the products will develop in the direction of high technology, high parameters, strong corrosion resistance and high service life. Under the huge demand environment, the domestic valve manufacturing industry will also show a very good development prospect. Therefore, while making full use of the existing standards, we need to look forward to the future and study new standards and new systems that can be applied in the future, so as to promote the development of valve technology at a higher level.

For a long time, the demand for electric valves in the energy industry has maintained a solid and stable growth rate. The total power generation of thermal power stations and nuclear power stations built all over the world is 2679030mw, that of the United States is 743391mw, and that of new power station projects in other countries is 780000mw, which will increase by 40% in the next few years. Europe, South America, Asia, especially China's energy market will become a new growth point of the valve market.

The chemical industry ranks first in the industry with an output value of more than 1.5 trillion US dollars and is also one of the largest demand markets for valves. The chemical industry needs industrial valves with mature design, high processing quality and rare materials. In recent years, the competition in the chemical market has become extremely fierce, and many chemical manufacturers have to cut costs in the face of competition.

The lack of professionals has become a bottleneck restricting the further development of China's electric valve industry. The development and growth of the valve industry is inseparable from the investment of high-quality talents. We should learn to allocate and apply talents scientifically, make the best of everything and people, and pay attention to the cultivation of talents. The development of the industry is inseparable from talents. How to ensure the stability of the whole workforce is a problem that every producer and operator should consider. With the development of the times and the progress of science and technology, the outstanding performance is "new". Only through continuous innovation can we maintain the competitiveness of industrial development, take the lead everywhere and have a better way out.

There is bad competition in the industry. For example, some operators transform and renovate the waste valves and carry out the second sales after renovation, which brings very serious potential safety hazards to the project quality and seriously disrupts the order and seriousness of the valve market.

Last：How far is China's electric valve industry from the advanced world? Next：China has many valve industry chains, but it is not a powerful valve country 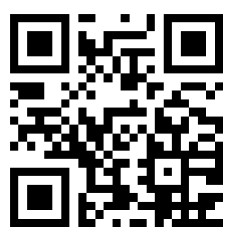